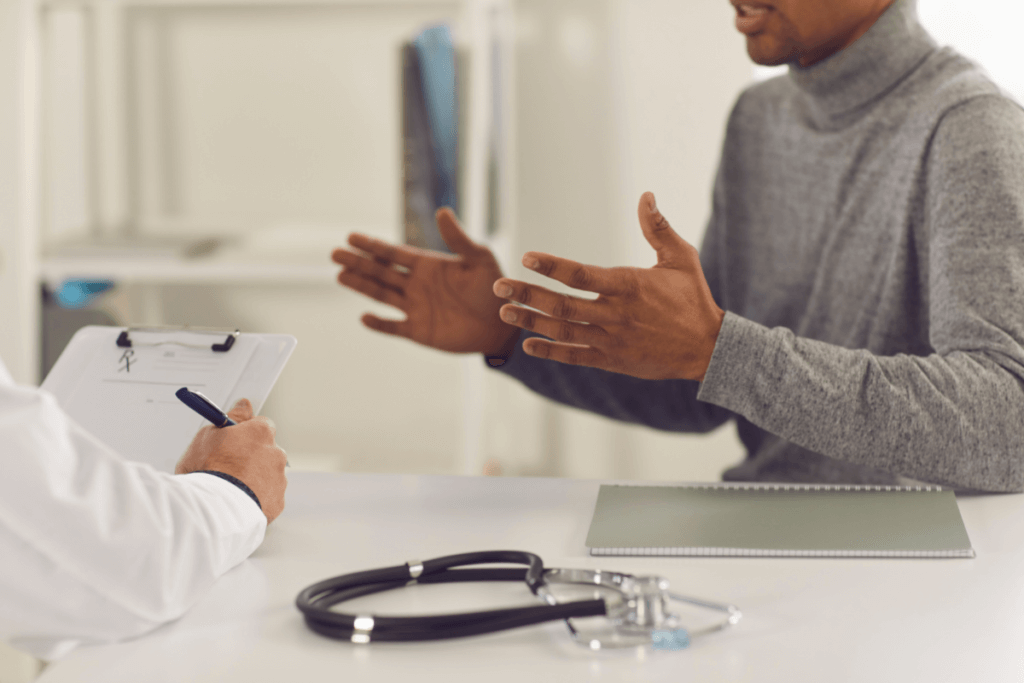 Though we as patients would all like to believe our doctors are larger-than-life and can do no wrong, they do have flaws and can make mistakes on the job while practicing medicine. While we might feel safer and more secure thinking of a doctor’s missteps as being related to trivial things like forgetting their lunch at home, unfortunately, doctors can and do make mistakes during diagnosis, surgery, and even during childbirth. In order to have a better understanding of the common reasons for patient complaints about doctors and why this can lead to several of medical errors, let’s take a moment to review four mistakes doctors typically make.

1) Babies being injured during childbirth

Doctors can often play a role in infant injuries during the birthing process. Birth injuries often involve a lack of oxygen resulting in cerebral palsy. Delays with important procedures, such as cesarean sections, are also a major issue. Importantly, medical malpractice claims related to babies being injured during pregnancy and childbirth can potentially be brought long after the injury is suffered (usually for up to two years after the minor child turns 18 years of age).

Unfortunately, even if some complex procedures such as spinal surgeries are performed with the best care possible, there is often no real improvement in the patient’s quality of life moving forward. This often leads to patient dissatisfaction and complaints. If a doctor does not appropriately explain the risks associated with a surgical procedure, that can become problematic if that procedure fails to yield the patient’s desired result.

3) Surgical malpractice, including wrong-site surgery and foreign objects left in a patient’s body

In many instances, the limb or site of surgery will be mislabeled, meaning the doctor performing the surgery will operate on the wrong body part or in a completely different area of the patient’s body than what is planned or needed. Not only that, foreign objects such as surgical sponges, swabs, and tools are also left inside of patients’ bodies post-surgery. This can and often does require a second surgical procedure which exposes the patient to additional and unnecessary risks.

Physicians having a poor bedside manner is an all-too-common issue. While it may not immediately bring the concept of medical malpractice to mind, factors such as fatigue and high workload can negatively impact doctors. These issues can lead to substandard medical care and create a less than pleasant experience for patients, which can leave them feeling uncared for. But beyond feelings, if a doctor is not thorough enough with a patient, they can miss out on important medical history information that can result in a bad outcome.

Finding the right doctor can be difficult. Even after hours of research into local hospitals and clinics, patients can be left in the hands of a capable, yet unfriendly doctor. Studies suggest rude doctors might actually make more medical errors than their polite counterparts. So, when patient complaints about doctors involve allegations of bad bedside manner or rudeness, medical practice and/or medical facility should pay attention rather than blow it off because these issues can lead to physician malpractice and patient injuries. Patient reports of rudeness are incredibly important. Other doctors and medical staff may be less likely to report rude doctors for fear of retaliation, but patients are in a unique position to adequately evaluate and report on a doctor’s behavior.

Notably, doctors with more patient complaints have higher rates of surgical site infections and other avoidable hospital-acquired conditions. In addition, patients treated by doctors with numerous complaints were nearly 14 percent more likely to suffer surgical and medical complications after a procedure.

Many patients are afraid to confront their doctors about bad behavior. If you feel your doctor is being rude, consider switching doctors or hospitals. You should never feel belittled by your treating physician, and considering doctors with a higher number of patient complaints can also increase your risk of suffering complications, finding a new doctor is the best way to protect yourself.

If you are uncomfortable switching doctors, you can and should report your doctor’s behavior issues. Hospitals have employees available to address these concerns. Patients on Medicare or Medicaid can contact Livanta, an organization aimed at providing patients with better care by addressing healthcare concerns.

Patient Complaints About Doctors Not Being Attentive

With the rise of the Internet and the popularity of smartphones, there are more distractions fighting for a doctor’s attention at any given time than ever before. Unfortunately, doctors being distracted can cause serious problems for their patients and inattentive physicians receive numerous patient complaints. Doctors need to ensure the time they spend with patients is being spent without distractions.

A variety of things can distract a doctor during a patient visit. One of the most common distractions for doctors is electronic health records. Doctors spend 33 percent of their time with a patient looking at electronic records rather than the actual patient. Looking at these medical records and not at the patient makes physicians significantly more likely to miss nonverbal clues and cause a misdiagnosis.

Although it is a doctor’s responsibility to provide the best possible medical care and be attentive to patients, patients can help protect themselves from the harmful effects of distractions by looking for signs their doctor is not being attentive and ensuring their voice is heard on important issues relating to their health like current symptoms, medical history, and medications they are taking at present.

Signs Your Doctor Is Not Being Attentive Can Include:

Doctors are expected to provide a certain standard of care to their patients, and this requires them to be attentive to their patients’ needs. Failing to do so can lead to misdiagnosis or a failure to diagnose, causing serious and life-threatening health problems for the patient. If patients feel their doctor is not attentive to their needs, they should seek a second opinion from another doctor and/or report the physician’s behavior to the appropriate party at the facility where they received treatment.

As patients, we trust our doctors and nurses to follow the rules. We trust our hospitals to have policies and procedures in place to ensure we are protected from harm. We have a right to expect a professional level of care from all of our medical providers, and we are fortunate to have a high level of care overall in the United States.

Patients rely on doctors to help them get better and stay healthy. It’s incredibly important for people to remember that they have rights as patients. Doctors who exhibit rude behavior put patients at risk for worse outcomes. So, when a doctor is inattentive and misdiagnoses a patient, the injured party deserves to seek compensation. At Lopez McHugh LLP, if you suffered a significant injury or a loved one died because of medical malpractice, our experienced trial lawyers offer free and confidential initial consultations.