What is the Brachial Plexus? 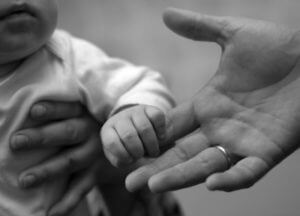 What is a Brachial Plexus Injury?

A brachial plexus injury occurs when the nerves are compressed, stretched, or in the most severe cases, severed or torn from the spinal cord. Minor brachial plexus injuries can be treated, however serious injuries can leave one or both arms paralyzed, coupled with a loss of function and feeling. Surgical procedures including muscle transfers, nerve grafts, and nerve transfers can help restore arm function. However, in babies and children this may not be an option, and the injuries can be permanent.

What is Brachial Plexus Palsy?

Brachial plexus palsy is a condition that is similar in appearance to cerebral palsy and Erb’s Palsy. The condition occurs when there is permanent damage to this area of the spine, and it can affect everything from the fingertips to the shoulder, and even neck and face if the damage is severe enough.

Factors That Can Contribute to Brachial Plexus Injury

Newborns can sustain this sort of injury when there are problems during birth, including but not limited to:

When the upper nerves in the spine suffer damage, patients risk developing a condition called Erb’s Palsy. When both the upper and lower nerves of the spine are damaged, this results in brachial plexus birth palsy – which can be far more devastating.

If you suspect your child may have suffered a severe brachial plexus injury, there is a limited amount of time in which to file a claim. Call Lopez McHugh immediately for a confidential, no obligation consultation.