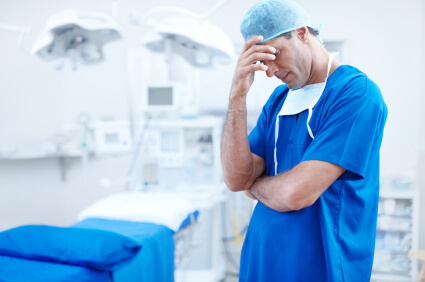 A Baltimore judge upheld a $205 million verdict in what attorneys say is the largest medical malpractice verdict in U.S. history. In July, a jury awarded $229 million to a mother whose daughter suffered a brain injury during childbirth. A judge reduced the award to $205 million due to a state cap.

The mother’s attorneys argued she had been given inaccurate information about the condition of her unborn baby when she was brought to the hospital in labor in 2014, leading her to decline a C-section that would have delivered her baby more quickly. Her baby now suffers from cerebral palsy and is living in foster care, where she requires 16 hours of skilled nursing care each day.

A cesarean section (or C-section) is the surgical delivery of a baby through an incision in the mother’s belly and uterus. A C-section is a necessary option when the risk of natural birth is significant to either the baby or the mother. These surgeries are one of the most common surgeries performed and are used in an estimated one out of every four childbirths.

One of the most dangerous mistakes that can be made involving a C-section delivery is the physician delaying the surgery. During labor, the infant should be monitored for any signs of distress. If the labor is too difficult or taking too long, it is imperative that the doctor makes the decision to remove the child by cesarean section as soon as possible. Delaying the procedure even a few minutes more than necessary can have dire consequences for the infant. The largest risk is hypoxia or lack of oxygen to the brain.

Numerous potential medical complications can arise during the delivery process and serve as warning signs to the obstetrician. Birth injuries resulting from the failure to perform a needed C-Section can cost millions of dollars in lifetime care and rehabilitation.

Our Lawyers Can Help You With a Medical Malpractice Verdict