Can Misdiagnosis Be Medical Malpractice? 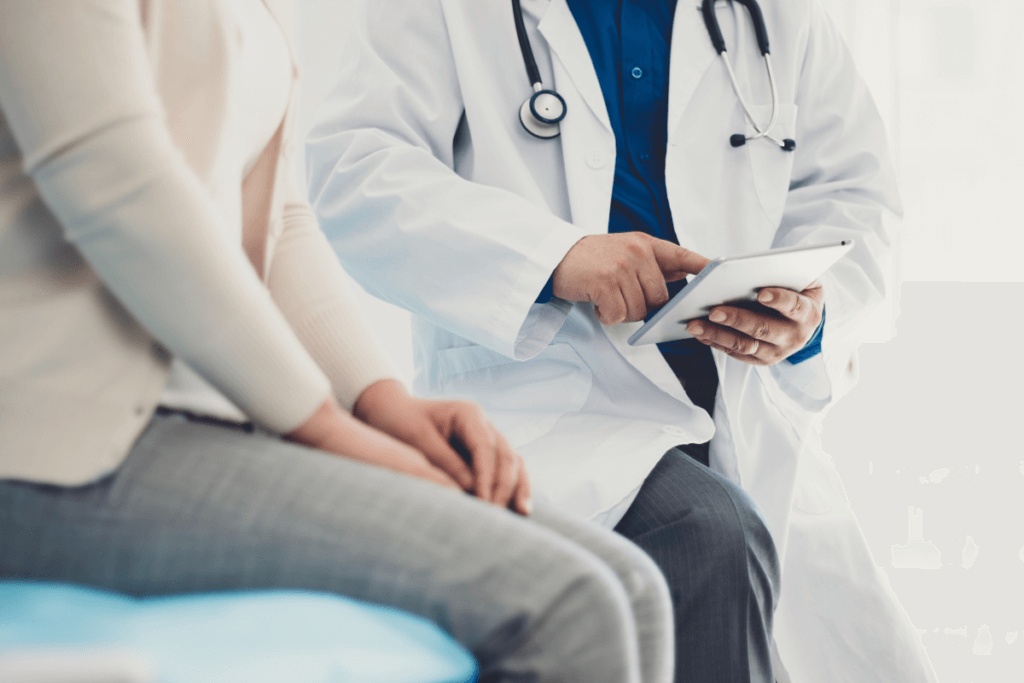 There are many reasons someone might file a medical malpractice claim. Some claims are filed because a surgical error caused additional injuries or because a patient was hurt when administered the wrong medication. Several studies have found that misdiagnosis is the most common type of medical malpractice claim. Because patients are completely reliant on their doctors’ medical expertise to obtain a diagnosis, misdiagnosis is particularly tragic.

Misdiagnosis claims led to malpractice claims by a clear and significant margin. The second most frequently occurring claim was surgical malpractice, at 24 percent of all claims, while medical management claims were the third most frequent, accounting for only 14 percent.

Why Is Misdiagnosis So Common?

Hospitals and healthcare facilities put a lot of pressure on physicians who often work long shifts. Misdiagnosis usually occurs when there is a high doctor-to-patient ratio and when less experienced doctors operate with little oversight. If a doctor is distracted or inattentive while examining a patient, important symptoms and details can easily be missed, leading to a misdiagnosis.

Patients are often afraid to speak up with their physicians, but it’s important to remember that you should ask questions about your healthcare treatment. If you feel your doctor is inattentive or distracted, you have a right to say so. When in doubt, always seek a second opinion.

Could Doctor Bias Cause a Misdiagnosis?

Though we often hold doctors and other professionals to a higher standard based on their education and training, they still make mistakes like everyone else. According to the Johns Hopkins Armstrong Institute for Patient Safety and Quality’s Center for Diagnostic Excellence, one of the top causes of misdiagnosis is doctor bias.

Doctor bias can occur when a well-intended physician’s unconscious assumptions or judgments obscure their ability to objectively assess a patient. Johns Hopkins found that errors in judgment accounted for 86 percent of medical malpractice claims where a misdiagnosis led to either the disability or death of a patient.

It’s often difficult to pinpoint where exactly doctor bias stems from. Racism, sexism, a lack of knowledge about the patient’s medical history, and/or a misunderstanding of how diseases react differently due to a person’s race or gender can potentially lead to a misdiagnosis.

Every year, patients unnecessarily suffer due to misdiagnosis resulting from doctor bias. Wrong or delayed diagnoses constitute actionable medical malpractice when they injure or kill patients.

Some of the most common categories of misdiagnosis that can be medical malpractice include:

Most people will undergo some type of surgery in their lifetime. One of the most common types of operations is joint replacement surgery. There are a number of reasons a person might need to have a joint replaced with an artificial medical device; but, with advances in medical technology and treatment, most patients can have a complete recovery. Despite this, all operations have risks, and patients need attentive and skilled doctors to monitor their recoveries to ensure all complications are quickly addressed. Unfortunately, this doesn’t always happen; and sadly, surgical misdiagnosis happens to patients all across the country.

Misdiagnosis of a Minor Child

When symptoms can have multiple causes, mistakes are made. Medical malpractice happens when a doctor breaches the medical standard of care and causes injuries to a patient. As experienced medical malpractice attorneys, we look at the following elements to determine if your child’s doctor committed medical malpractice: (1) the physician has a duty of care to treat your child; (2) the provider breached that duty; (3) the breach caused measurable harm to the child; and (4) those affected incurred expenses and losses because of the breach.

There are a variety of reasons children are so susceptible to misdiagnosis. Young children or infants are unable to articulate the symptoms they are experiencing to doctors and medical staff. With infants, the only symptom doctors and parents may notice is crying, but there could be many causes. The inability to communicate with young children and infants can make it challenging for doctors to diagnose young patients correctly, but not impossible. With medical scans and diagnostic testing, doctors can obtain valuable patient information to assist them in making the right diagnosis.

Doctors and staff also tend to think concerned parents are merely overreacting. This bias can cause treating providers to trivialize symptoms that could suggest more serious conditions. Having a sick child can bring about many emotions, but it’s important for parents to remain calm. Studies have actually shown doctors and hospital staff who receive criticism from parents of patients perform worse and are more likely to make mistakes than doctors who do not receive criticism. If you suspect your child has received a misdiagnosis, you should immediately seek a second opinion from a doctor or hospital not affiliated with previous treating physicians.

Diagnostic errors happen daily in various healthcare environments around the country. No one knows how many people suffer from misdiagnoses or delays that affect their care. A misleading diagnosis can be costly in terms of trauma to the patient and their loved ones, missed opportunities for treatment, unnecessary treatments, and other issues. Of particular concern are the first diagnoses that are wrong. In fact, two-thirds of first diagnoses are either partially incorrect or completely incorrect.

Since one out of every 20 adults will experience a complete misdiagnosis in their lifetime, 12 million Americans each year are affected. For half of these patients, the misdiagnosis has the potential to cause life-threatening complications.

While pneumonia is serious and potentially life-threatening, it’s also relatively common. In fact, more than three million cases are diagnosed in the United States every year. Unfortunately, pneumonia is the second most misdiagnosed condition leading to readmission after a previous hospitalization, second only to congestive heart failure. Pneumonia misdiagnosis is both common and deadly.

While pneumonia is easily treatable, if left undiagnosed or misdiagnosed as another medical condition, it can become life-threatening. If your physician fails to treat your pneumonia, or misdiagnoses you and thus treats the wrong condition, your situation can quickly spiral out of control. Pneumonia symptoms include shortness of breath, fever, chills, aches, fatigue, heart rate of more than 100 beats per minute, and cough.

Pneumonia misdiagnosis is so common because its symptoms are very similar to many other illnesses, many of which are much less serious; and, doctors and hospitals are often rushed to see as many patients as possible during the sickly winter months when respiratory conditions are extremely common. Medical professionals make mistakes; and, pneumonia is often mistaken for medical conditions such as:

One in every three patients admitted to an emergency care facility with a pulmonary embolism is misdiagnosed before a correct diagnosis is made. Even with the current advances in diagnostic medicine, pulmonary embolisms are not always easy to spot. These blood clots in the lungs usually migrate from the legs upward, but can also migrate from other parts of the body. Risk factors like immobility and surgery can significantly increase the likelihood of developing a pulmonary embolism.

The symptoms of a pulmonary embolism can vary greatly depending on the health of the patient and the size of the clot; however, some of the most common symptoms include shortness of breath, chest pain, and coughing. Some patients may also experience leg swelling or pain, fever, excessive sweating, irregular heartbeat, and/or dizziness.

The symptoms of a pulmonary embolism are often varied and generic, which presents a challenge for diagnosis. If a patient comes in with a cough and a fever, the diagnostic possibilities are many, and a physician might not immediately suspect a pulmonary embolism. Certain factors can also increase the likelihood of a misdiagnosis, like a medical history of asthma or pulmonary disease.

Over 1.5 million Americans suffer from heart attacks each year. While the most common symptoms of a heart attack may be well known, thousands of Americans are misdiagnosed, causing serious health issues or even death.

A heart attack occurs when the supply of oxygen-rich blood to the heart muscle suddenly becomes blocked either by plaque or a spasm in the coronary artery. Without blood flow, sections of the heart can begin to die. Because of how quickly the heart muscle is affected, it is extremely important that a person suffering from a heart attack receive immediate medical attention.

While not all people experience the same heart attack symptoms, some of the most common symptoms include chest pain, choking sensation, sweating, nausea, vomiting, shortness of breath, and irregular heartbeat.

There are a variety of reasons a heart attack might be misdiagnosed. The most common reason is the wide array of symptoms experienced by patients. Women often experience very different symptoms from men, including pain in the upper abdomen, jaw, back, or neck, and extreme fatigue that lasts for several days. Even though the symptoms of a heart attack can vary greatly, physicians should perform the appropriate tests to reach a heart attack diagnosis.

Because of the severity of heart attacks, misdiagnosis can be extremely dangerous. Research published in the New England Journal of Medicine found that women under the age of 55 were seven times more likely to be misdiagnosed than men under 55 years of age. For women that were sent home from the hospital with a heart attack misdiagnosis, their risk of dying doubled.

What To Ask a Misdiagnosis Attorney About Medical Malpractice

Doctors and healthcare facilities are expected to provide all patients with a certain standard of care. When they fail to do so, it is considered negligent and they can be held legally responsible for the harm caused. If you or someone you love has suffered a misdiagnosis that caused an injury, you are likely overwhelmed with questions. The idea of suing your doctor or healthcare facility may seem daunting, but you have certain legal rights and you are entitled to exercise them. Before you meet with a potential legal advocate, it’s important to know what to ask. Common questions to ask a medical malpractice attorney can include:

We should be able to rely on doctors to help us get better, and most doctors can be trusted. However, when a doctor fails to diagnose a patient, and that failure causes the patient injury, it amounts to medical malpractice. Misdiagnosis is the number one reason for medical malpractice lawsuits and a leading cause of patient death. This problem can be exacerbated when the condition affects a child instead of an adult because children may not be able to meaningfully convey their symptoms. If a doctor gave you the wrong diagnosis or your condition got worse, you may have a valid medical malpractice claim.

If you have suffered an injury as the result of a misdiagnosis or a failure to diagnose, the experienced medical negligence attorneys at Lopez McHugh LLP can help. We can obtain medical records and help you understand what went wrong. We work on a contingency fee basis so there is no upfront cost for working with us and you won’t owe us anything unless we help you obtain compensation.