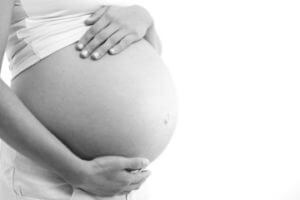 What Is A C-Section?

A Cesarean section, also called Cesarean delivery or C-section, is a surgical procedure used to help deliver a baby through the use of an incision in the mother’s abdomen and uterus. These cuts allow doctors to give birth to the baby non-vaginally. A Cesarean section may be planned ahead when the mother develops complications or if she has had a previous C-section. Many times though, the need for a first-time C-section doesn’t become obvious until labor has already begun.

What is a Cesarean Delay?

When a vaginal birth is deemed dangerous, it may be necessary for doctors to order birth via a C-section. However, any delays in ordering one can have severe consequences for both the mother and child. Some of the reasons a doctor may order a C-section can include:

When any of these cases arise, a C-section may be the only chance for a healthy birth. However, when healthcare workers delay ordering a Caesarian or delay in carrying one out, the mother and child can suffer.

What are Cesarean Delay Complications?

When Cesarean sections are delayed or performed incorrectly, they can result in:

These complications often come with large medical bills, in addition to the cost of the lifelong care the child will need.

If you or your child has suffered an injury as the result of a delay in ordering a Cesarean section, contact the C-Section Delay lawyers at Lopez McHugh LLP as soon as possible to discuss your options at no charge.